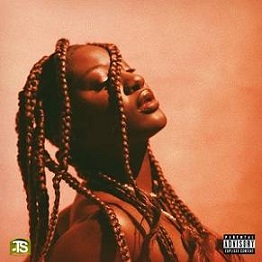 
Tem brings joy to us with this new single titled Avoid Things off her If Orange Was A Place Extended Play (EP).


The Nigerian singer, songwriter, and record producer, Temilade Openiyi better known by her stage name Tems, enters the public eye once again with another single christened Avoid Things off her newly released project called If Orange Was A Place Extended Play. Avoid Things appears on the EP as the fourth amazing track among the other five tracks on the tracklist. She pleases the fans with this lovely affectional song captioned Avoid Things.

Tem has gained the listener's attention and became the listener's choice ever since her appearance in the Wizkid single-tagged Essence which she gave an infectious verse and lyrics that were cherished by the fans. She went further to gain international recognition in featuring on Drake's single titled Fountain the sixteenth song on Drake's Certified Lover Boy album that houses twenty-one tracks. S she introduced GuiltyBeatz produced track to excite us.