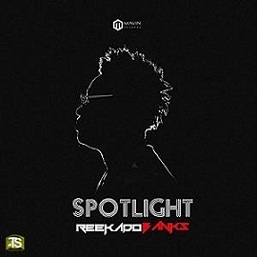 
Ricky Baby has stormed out with another sensational single titled Standard off his debut studio project called Spotlight album.


Ayoleyi Hanniel Solomon popularly known as Reekado Banks is a Nigerian gifted and talented singer and songwriter who has become a trending artist in Nigerian Entertainment Industry and across Africa. He released a song tagged Standard to impress and excite his music fans again.

He released a debut studio album called Spotlight album which houses twenty-one impressive tracks. This album was debuted at number 10 on the Billboard World Albums chart. He released this track titled Standard as the twenty-one track on the album tracklist.

Reekado Banks used this song he tags Standard to close his highly anticipated project called Spotlight album which was released in the year 2016 through Mavin Records. Altims is responsible for the production of this amazing record titled Standard.

This song comes after the release of his two hit singles Katapot and Oluwa Ni which were recommended by fans as their favorite tracks in the Spotlight album. Now he arrives with another sensational single-tagged Standard which has been a hit in the Nigerian music industry.