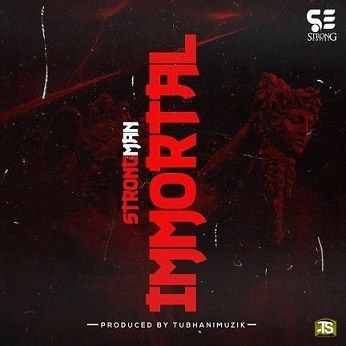 
Again comes another record, from Ghanaian prolific rapper, Strongman on this one called "Immortal (Medikal Diss)".


Versatile Ghanaian rapper, singer and songwriter, popularly known as Strongman, unfolds this interesting record named "Immortal (Medikal Diss)", for his growing fanbase and the music community.
On this record, Strongman really goes hard on Medikal, one of the Ghanaian respected rappers, as he throws some jabs on him, with boost production from Tubhani Muzik. Released in the year 2019.

This record was released under the management of Sarkcess Music Records, held by Sarkodie. This young dude has been good in the game, since his inception, and he never dreams of retiring, rather working hard, to reach the peak of his career.
Finally, let's listen up to this record called "Immortal (Medikal Diss)" and see what Strongman, has to tell AMG Beyond Kontrol rapper, Medikal.

Share Strongman - Immortal (Medikal Diss) Mp3 with others on;