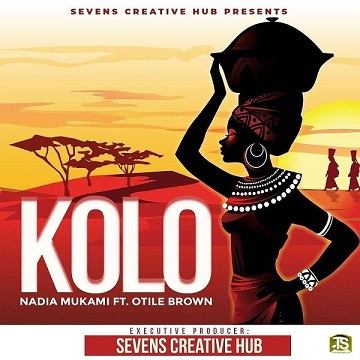 
Buzzing Kenyan female singer, popularly known as Nadia Mukami, surfaced back into the music mainstream, with a new record named "Kolo" featuring Kenyan sensational singer, Otile Brown, who added a short and interesting verse on this record, which is a potential hit jam.
Kolo, was released under the management of Seven Creative Hub Record, and also Nadia Mukami 14th singles, since her inception in the music system. The record was solely produced by serial hitmaker, Otile Brown.

On the other hand, Kolo is a record, which parties the African cultures, recorded in Swahili, very easy to the ears. Nadia Mukami and Otile Brown created wonders here. The record is also the lead single of Nadia Mukami, forthcoming project, which is expected to be released this year 2021.