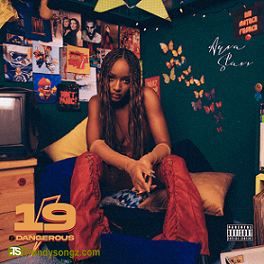 
The rave of the moment Ayra Starr blows up another sound dubbed Beggie Beggie featuring the Chocolate City signee, Ckay.


Marvin Record Label new superstar, Ayra Starr, a female singer that has recently been disturbing and causing havoc's in the Nigerian Entertainmet Industry with the vibes she drops recently. She comes up with another vibe-filled song titled Beggie Beggie featuring the Chocolate City Record Label singer, Ckay. The collaboration of this two great upcoming singers Ayra Starr and Ckay, makes it a hit jam. Beggie Beggie is the seventh song in her 19 & Dangerous album tracklist.

Ayra Starr drops this great work assisted by Ckay. Ckay who has his real name as Chukwuka Ekeani, a singer and record producer that signed into Chocolate City Record Label, released the two singles titled Love Nwantiti and Felony that pushed him to popularity, then he comes to give his vocals to Ayra Starr single Beggie Beggie, which was produced by Louddaaa the great producer.

Share Ayra Starr - Beggie Beggie Mp3 with others on;