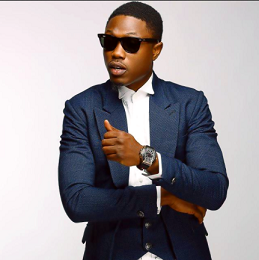 Olanrewaju Ogunmefun popularly known as vector, was born on 7 August 1984 in Lagos, Nigeria, who is a Nigerian singer and rapper . Vector has released three studio albums so far. He went and did a video of his third single song titled "Get DOwn" featured by 2baba, the video got him nominated for "Best Mainstream Hip Hop Video" At the Nigerian Music Video Awards in 2011.
Vector dropped another rap single in 2015 tagged "KIng Kong", the same year he released a remix which featured the indigenous Ghanaian rapper, Sarkodie. He is now in contestant battle with the Nigerian famous No1 rapper Mi Abaga.

Download All Vector Latest Songs, Albums and Videos Below