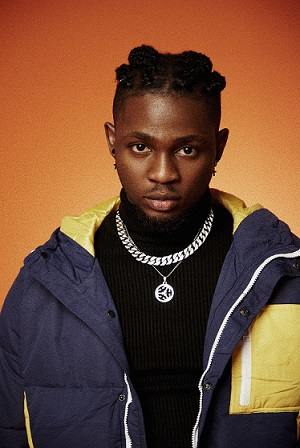 Stanley Omah Didia popularly known as Omah Lay, was born on 19 May 1998 in Port Harcourt, Nigeeria. He is a Nigerian singer, songwriter and record producer who is well kniown well for his kind of music as Afro beat. Omah Lay released his first studio album Get Layd in 2019 with "Bad Influence" as the leading track which was the most streaming Nigerian song on Apple music. Omah Lay was the first artiste enlisted for Apples African Rising Campaign to spotlight African talent. He did a nice vocal and verse in a song titled "Infiniti" which he featured the Nigerian rapper Olamide, since then he has been attracting many acts like Wizkid, Adekunle Gold, Tems, Gyakie and many more.

The Headies Award for the Next Rated 2020

Download All Omah Lay Latest Songs, Albums and Videos Below

What Have We Done EP Released in 2020