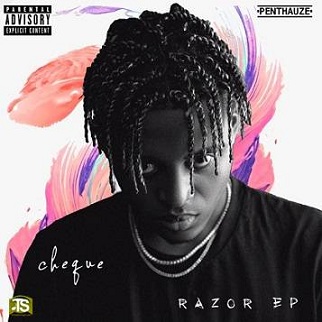 
Here we serve you another blazing record dubbed Odun which was recorded and released by the Nigerian Superboy Cheque.

He smashed this record christened Odun as the fourth track showing on his five-track debut studio project called Razor Extended Play (EP). He released this project on 3rd July 2020 through Penthauze Records owned by Phyno Fino.

We can't stop listening to songs recorded and released by this Nigerian young talented singer, songwriter, and rapper called Cheque. He has established himself and is recommended by music fans as their favorite music artist. His previous track named Satisfied earned massive airplay all through the country.