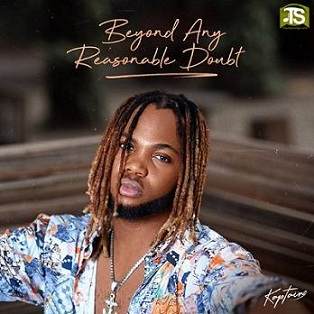 
Here is another compliment of the season from the Nigerian fast-rising rapper, singer, and songwriter, Favour Etuk who is widely known by his stage name as Kaptain as he composed and recorded another awesome soundtrack captioned Kapachino for your listening delight.

This Nigerian artist, Kaptain has been dropping hit songs since his inception in the Nigerian music industry. He came through with this one he tags Kapachino as that another song to entertain and thrill his music fans once again as he normally does. Kapachino is a must-listen vibe for you.

He unleashed this song tagged Kapachino as the fourth soundtrack which appears on his phenomenal studio project called Beyond Any Reasonable Doubt album which compounds twelve notable tracks. Kaptain is a talented artist and he released this song this year, 2022.

Kaptain - For Mummy For Daddy