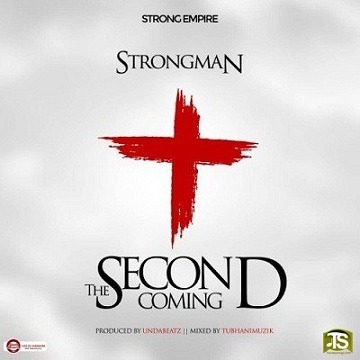 
Prominent Ghanaian wordsmith, professionally known as Strongman, dishes out this single record captioned "Second Coming" as one of his 2019 debut singles. This record was released under the imprint of Sarckess Music Records, held by No.1 Ghanaian consistent rapper, Sarkodie.
Second Coming, is a groovy record. well written and recorded. Strongman, really came through on this one, showing his God-given talent to his muisc fans out there.

Osei Kwaku Vincent, better known as Strongman, is a Ghanaian Hip Hop artist, with a touch of every other music genre you can think of. Second Coming, is an impressive record, you will want to add to your playlist and play endlessly.
Stream and download the Mp3 via TrendySongz Music Website.