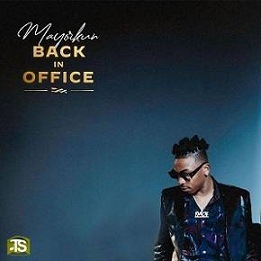 Album Name: Back In Office Album


Mayorkun has bounced back with another new record captioned Oluwa which was taken off his body of work called Back In Office album.


Multi-talented Nigerian vocalist Mayorkun arrives with another new classic record captioned Oluwa which he released not long ago this year 2021 for the listening pleasure of every music listener out there.

Still trying to get rid of his previous track titled Jay Jay featured by the South African record producer and DJ, DJ Maphorisa, he dished out this one titled Oluwa who is another sensational track he brings on to excite and impress his music fans.

Mayorkun released this sweet melody as the twelfth track which he used to close his twelve-track project called Back In Office album that was released on the 29th of October 2021. He taps on the Nigerian music producer called Fresh VDM on the production of this record titled Oluwa.

Davido ft. Mayorkun - I Got A Friend