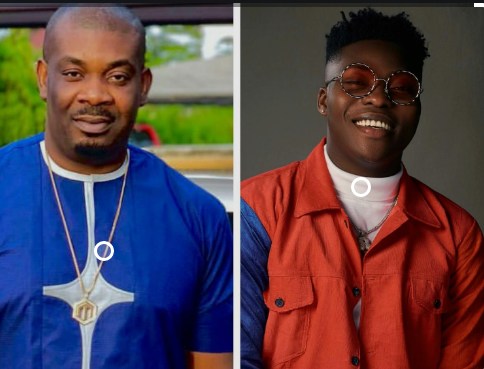 Whereas some people believed that his decision was an excellent one, which would really help to escalate his music career. All we have to say is ....it would be thoughtful for artists to make great arrangements and fully understand the music industry, before leaving their records label. Early Days of Reekado Banks Ayoleyi Hanniel Solomon with his stage name as “Reekado Banks".

Reekado Banks is a Nigerian singer that has won so many awards. He is also a songwriter and performer. In 2014, he got a tremendous win, he was signed into Mavin Records. In 2016, Reekado Bank’s 21 -track debut album, Spotlight Album was released. The project was no ordinary one; it got to the 10th spot on Billboard’s world chart and reached the best album of the year at the headies.

Fascinating things about Reekado Banks As an Afrobeat singer, he started to pen down his songs just in 2008, his brother inspired him to start singing, he then added melodies and began to create songs. He noted that by doing these, he was happy and fulfilled.

His first year of being signed into the Mavin Records, he featured in ‘Dorobucci’, ‘Adaobi' , ‘Chop am'. He pointed that he makes music that connects with reality, sounds that excite and uplift ...that is just his style of music in a nutshell. He also released his most-recent Body of work tagged “Off The Record EP” on November 27 2020.

He adores Afrobeat legends like Fela Kuti and Salif Keita. He also believes Wande Coal and Wizkid has really opened another gateway to Nigerian Music. He also believes that being an Afrobeat artist helps one explore more and make interesting sounds like R&B, Afropop. He had mentioned that whatever he makes will definitely have an Afrobeat in it because it’s just natural. It’s in him the vibes, the melody, would always find its way to his root.

Reekado Banks’s Exit From Mavin Records After 5 years with Mavin Records, he left on December 7, 2018. He shared the news to his fans stating “ Today I write in tears, not from a place of pain , but of joy and gratitude”. It had been spreading around like wildfires and was later confirmed by Reekado Banks himself. A post he shared on his Instagram page on Friday, December 7th, He informed his followers of his decisions and future plans. He did acknowledge that the last five years he had been with Mavin Records was indeed the most blissful years of his career.

The journey was filled with colourful experiences and unforgettable memories. He did mention that being with the Mavin Records family was the most beautiful thing that has happened to him. He sighted how Don Jazzy helped to skyrocket his career and he promised to be eternally grateful.


Life for Some Artists and Reekado Banks after Exiting Their Record Label Some artists believe that exiting their record label means automatic growth, it would help them become better with their music career. In most cases, it is not usually that easy. These artists find themselves turning right, then left, the walls were farther apart out here and oddly shaped they have discovered. That is why it would be thoughtful for artists to set objectives and planning before leaving their records label. If they don’t, they would end up looking like lost puppies. The artists should make sure that after leaving their records label, they have access to resources that would help boost their development and recognition.

They must get work done, be focused on their performance, promotion and rewards. They need the competencies required to get work done.

Ways to do these include:

- Make sure you have access to good producers. At least, that would make the transition smooth.

- List of learning and development activities that will be undertaken to achieve each objective.

- Identification of resources and support needed to implement the plan successfully.

- Identification of barriers and difficulties that might be encountered and ideas on how to overcome them.

Artist like D'banj since his departure from Mavin records/Mo Hits, he has been making/releasing songs but people barely hear about those songs. His career seems to be in the mud now, and he is trying really hard to stay relevant. Tiwa Savage was smart enough to plan her way all through the end before exiting from the record label. She is out here staying relevant and releasing good songs with both local and international artists.

As for Wande Coal, even after his rough departure from Mavin, he is still out there doing well for himself , simply because he made good decisions that align with his career success. Reekado Banks has been releasing cool music and trying to stay relevant. Since his departure, he has released too many songs like Need More , Omo Obomo, Mama , amongst others.

Taking the scary bold decision to leave Mavin Records in pursuit of bigger opportunities is something he doesn’t find easy, but has to do for his growth. Everyone has to expand and move in different directions. It is fantastic and amazing seeing him do what he really wants to do.

The good news is this.......We believe Reekado Banks songs will be part of Nigeria afrobeat scene for a very long time

Did You Enjoy Reading This Article?