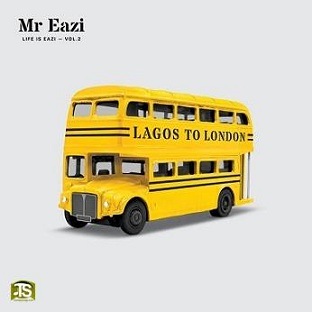 It is what it is again as the Nigerian Banku Music Record Label boss, Mr Eazi unlocks another hit track captioned Suffer Head which he records with the Nigerian legendary musician,2Baba. This song has hit over 2 million views on YouTube and Instagram channels just a few days after it was released.

He launched this song titled Suffer Head as the fourth soundtrack which appears on his sophomore project called Life Is Eazi Vol 2 Lagos To London album that consists of fifteen impressive tracks. The production of this track was gotten from a talented record producer, Guilty Beatz.