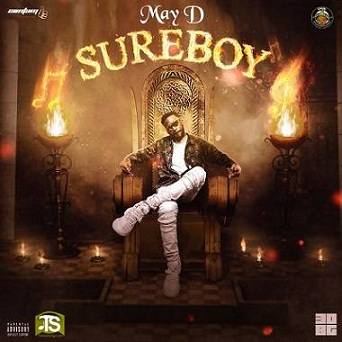 
We present to you another well-anticipated soundtrack christened By Force that was released by May D alongside Peruzzi.


Nigerian brilliant and ace music artist, Akinmayokun Awodumila who is widely known by his stage name as May D hits the music industry with another potential hit banger captioned By Force featuring Nigerian DMW Records afrobeat and R&B singer, and songwriter, Peruzzi.

Here is a perfect collaboration in the music industry as May D teamed with this Nigerian professional hitmaker, Tobechukwu Victor Okoh who is better known as Peruzzi in recording this song tagged By Force which has started gaining massive airplay across the country.

This song titled By Force stands as the seventh and last soundtrack listed on his highly anticipated studio project called Superboy EP which contains seven enjoyable tracks. Dannykull is the Nigerian heavyweight record producer that is responsible for the production of this track.

Listen to May D - By Force ft Peruzzi Mp3 Here!

Share May D - By Force ft Peruzzi Mp3 with others on;